An award winning Elvis tribute artist will perform for us
while we enjoy a professionally catered traditional Indian dinner. 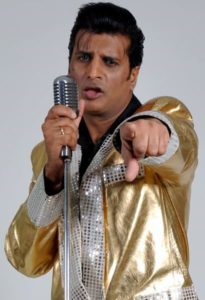 TV and Radio professional Elvis  – real name Sal Bashir,  was awarded for most outstanding performance at Edinburgh Fringe Festival 2008 and starred in the BBC’s ‘The World’s Greatest Elvis’.  He also appeared on The One Show, at the London 2012 Olympics Show, sang for the British Forces overseas and performed at the Rugby World Cup 2015.

The evening promises to be very special indeed : get All Shook Up with a complimentary glasses of bubbles on arrival.
There will then be A Little Less Conversation while we are treated to a sumptuous authentic Indian meal supplied by one of the leading restaurants in the area.

We’ll make sure this is no Heartbreak Hotel with a full cash bar service.

So get ready to rock, put on your Blue Suede shoes as you won’t be Lonesome tonight! 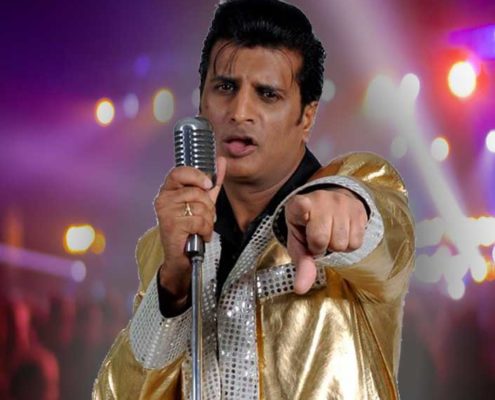 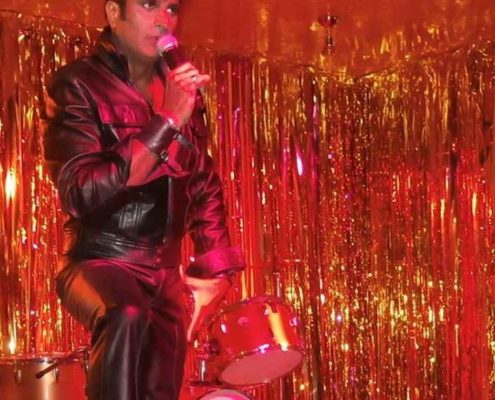 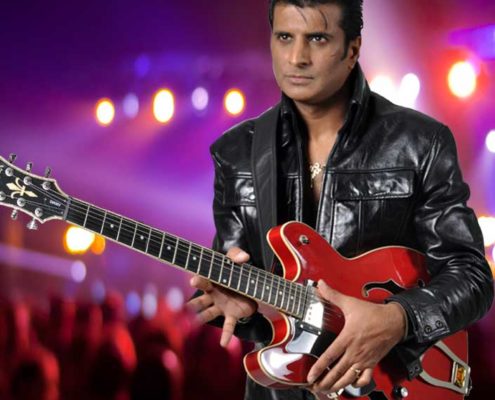 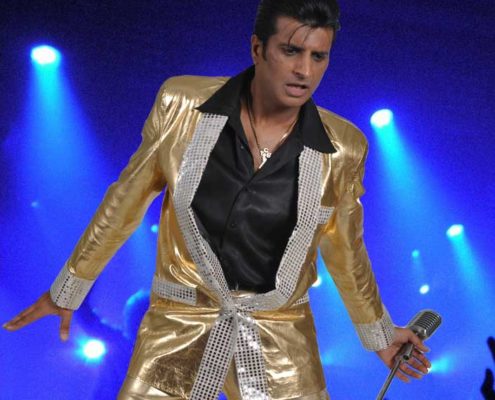 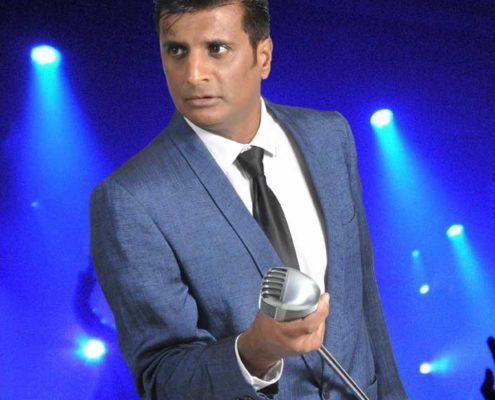